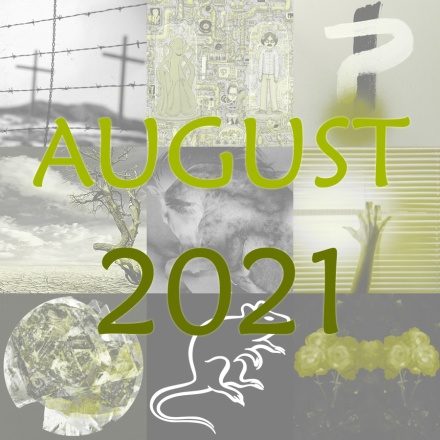 Here are my thoughts on the latest from Kye Kye, Anberlin, Weezer, The Killers, Switchfoot, Umphrey’s McGee, Chvrches, Toad the Wet Sprocket, and Mouse Rat.

END_OF_DOCUMENT_TOKEN_TO_BE_REPLACED

As always, I’m closing the year out with a summary of my favorite records from the year gone by. The only qualifying factors to make this list are that they must be full-length albums consisting of new material (I have a separate section for EPs and collections of previously released material), with a release date in 2014. Everything I really enjoyed this year that falls outside of those boundaries still gets a mention, just not a ranking.

It was really hard to pick a clear #1 this year. I love the top four albums on this list just about equally. Two are more “baroque” pop records that lean toward the electronic and experimental, and two are more in-your-face rock records. They’re the only “A grades” that I gave out this year. Which one is my favorite among them changes based on my mood, so I basically gave the #1 slot to the one I’ve enjoyed for the largest chunk of the year. I can’t imagine very many other people who would ever actually listen to all four of them, let alone like them all, but they all come with my highest recommendations for anyone into the types of music these individual artists are making.

END_OF_DOCUMENT_TOKEN_TO_BE_REPLACED

It’s that time of year again, when I arbitrarily sort through the list of songs I’ve been obsessed with over the past 12 months, and try to whittle it down to a semi-reasonable list of 100 favorites. A lot of these were released in 2013, and a few even in 2012, but as usual, I was late to the party.

Music videos and some live performances are embedded for most of the Top 30. I didn’t want to go too far beyond that, for fear of crashing your browser. I’ve also created a Spotify playlist that explores a number of these favorites, more or less chronologically in the order that I discovered them.

END_OF_DOCUMENT_TOKEN_TO_BE_REPLACED

In Brief: Kye Kye makes dreamy electronic music that can be captivating, but also a bit diffuse when examined more closely. Fantasize comes across as more coherent than its predecessor Young Love, but it still seems to be more about mood than meaning.

Occasionally I cross paths with a band whose sound is intriguing but a bit undercooked, and I figure they still have a bit of a refinement process to go through before they’re fully ready for the spotlight. This was definitely the case for Kye Kye, an electronic rock act from the Portland, Oregon area, with three of its four members all hailing from the same Estonian-born family. Olga Yagolnikov has one of those soothing, vaguely exotic kinds of voices that is perfect for the laid-back vibe that Kye Kye’s music gives off, while her brothers and her husband support her capably enough with a blend of sometimes energetic, but mostly ambient synth, guitar, and percussion sounds. I first heard the band as an opening act on Future of Forestry‘s Christmas tour in 2010, and while they sounded good enough in a live setting that tends to emphasize vibe and volume over lyrical clarity, I just couldn’t get into their album when I checked it out shortly thereafter. Young Love was plagued by the same problems that nagged me on a few of FoF’s records at the times, which is fitting since it was produced by FOF lead singer Eric Owyoung, who I tend to appreciate more as a performer and a songwriter than I do as a sound engineer. I forgot about the band after that point until they resurfaced, again as a promising opening act, on Gungor‘s I Am Mountain tour this January, dropping a completely fan-funded album right in the midst of that tour. Now boasting a production credit from Chad Howat of Paper Route, they’ve once again managed to pair themselves off with a like-minded electronic indie artist, but with stronger results this time around. Their sophomore record Fantasize is an effort that shows a band still in need of some work, but for the most part ready to enchant a wider audience with their strangely intoxicating sound.

END_OF_DOCUMENT_TOKEN_TO_BE_REPLACED

Here are my first impressions of the latest releases from Sleeping at Last, Kye Kye, Vertical Horizon, Matt Wertz, Lost in the Trees, and St. Vincent.

END_OF_DOCUMENT_TOKEN_TO_BE_REPLACED

“We keep changing the music, and you guys keep coming.”

Michael Gungor said this during a heartfelt moment of thanking the audience for coming to see him, his wife Lisa Gungor, and their band perform at the El Rey last night. It’s standard operating procedure for bands to thank their audiences for attending shows, but I could tell that seeing us all there at each stop on the tour was especially meaningful, given that a lot of the music on Gungor’s latest album I Am Mountain had arisen from a season of doubt and distress, and the new songs discussed these in sometimes metaphorical ways that weren’t as clear on the outcome or “answers” as a lot of Christian music fans might expect. And that’s to say nothing of their stylistic shift, from kinda rock-oriented indie worship band on Beautiful Things, to full on baroque and even a bit bluegrassy on Ghosts Upon the Earth, to the snapshot of a sort-of-electronic, sort-of-acoustic, sort-of-jammy and sort-of-abstract band in flux captured on I Am Mountain. You just never know what you’re gonna get from a Gungor album, or from one of their concerts, but they remain one of the most talented and prolific bands on the “indie” side of Christian music, and they’re always a treat to see live.