Here are my first impressions of the latest releases from Circa Survive, Owel, Rina Sawayama, Tennis, Evanescence, Barenaked Ladies, and Björk. 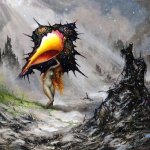 Circa Survive – The Amulet
It’s easy to characterize this as a “softer” Circa Survive album, simply because Anthony Green is doing more melodic stuff with his vocals and less screaming. There’s still some heaviness there, but not every song needs it, and in scaling back the roughness, it continues a pattern established by their last few albums. I’m OK with this, as it leads to highlights that are still fast-paced and beautifully performed, such as the gorgeous vocal performance in opening track “Lustration” and the complex drum rolls and math-y rhythms of “Tunnel Vision”. Where Green brings out the angrier, more acidic side of his voice, as on “Never Tell a Soul” or “Rites of Investiture”, it’s a welcome change of pace rather than it being an overbearing thing that has to happen in every song like some harder rock bands feel the need to do. It’s an evolution similar to Thrice about 10 or 12 years ago, and it’s no mistake that the two bands recently toured together. I will say that I have difficulty telling a number of the songs apart, even after several listens, due to the similar pace of most of them and the more melodic focus overall, but that also means the results aren’t as uneven as they were on Descensus, which had stronger highlights but was more of a mixed bag. 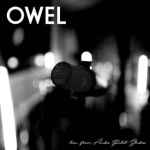 Owel – Live From Audio Pilot Studios
10 of the 12 tracks from Owel’s excellent sophomore album Dear Me are reconstructed pretty faithfully in a “live in studio” setting here, with non-album track “All I’ll Ever Know” squeezing its way into the set. (Sadly, “Annabel” and “Places” don’t make an appearance – both were personal favorites of mine.) While there are no radical surprises in these renditions, it’s neat to hear the chimes at the end of “Albert and the Hurricane” segue perfectly into “Slow” (these were the two bookend tracks on the album), and overall I’m impressed at how well the band can pull off their complex and multi-layered sound in a live setting. This must have been recorded before violinist and backing vocalist Jane Park left the band – I hope they manage to find a suitable replacement for her, since her instrument (as well as the keyboards she plays on several songs) is pretty integral to a lot of their work.

Rina Sawayama – RINA EP
Born in Japan and raised in England, this young singer/songwriter unabashedly draws from R&B and teenybopper pop sounds from around the turn of the century. I wasn’t super into this sound at the time, but reviews emphasizing the creative production and interesting themes explored in these songs made me figure it could be worth a listen. I like a lot of it for the same reason I enjoy Kimbra’s music – it’s a smart take on a genre that only works for me when the songs have interesting melodic twists and turns, don’t exist solely to cram an obvious pop hook down your throat, and feel like they have something to say beyond the typical love songs and breakup songs and style with no substance. Rina throws a number of odd curveballs throughout this mini-album – edgy rock guitars, key changes you just plain don’t see coming, a slick R&B duet, some interludes that I really wish had been expanded into full songs, and intriguing commentary on what it means to connect with other humans in the Internet age. She’s definitely one to watch – I hope a full-length album is forthcoming to show us more of what she’s got on her mind.

Tennis – We Can Die Happy EP
A 5-song set from the married duo who so effortlessly made me fall in love with their music on Yours Conditionally earlier this year. Those songs could well be from the same sessions or recorded shortly thereafter – a few show off slightly more dance-y rhythms, but just about any of them would feel at home on the album, making me wonder why they ended up on a separate release in the first place. Opening track “No Exit” is the standout here, but there really isn’t a dud in the bunch, and I love how the Beach House-y closing ballad “Building God” feels like it could segue right back into “In the Morning I’ll Be Better”, completing a 15-song set meant to be listened to on a loop.

Evanescence – Synthesis
Evanescence’s long-awaited fourth album is mostly old material, re-recorded with orchestral instrumentation and electronic percussion in place of the heavy guitar riffs and rock drums heard on their previous records. This may be the result of Amy Lee following a personal muse that her old label kept her from following for many years, or it may just be a smart rebranding of a sound that made Evanescence massively famous and then rapidly fell out of favor with mainstream audiences. Either way, while I miss some of the rocking energy of some of the songs from Fallen and The Open Door that made the cut, it’s a second shot at life for several tracks that I had honestly forgotten about from their lackluster self-titled album (most of which sound almost unrecognizable on first listen), and there are two brand new songs and a few instrumental segues to round out the set as well. Taking it all in at once is a bit much, and I don’t think leaning so heavily on old material bodes well for the future of Evanescence, either as a band or a solo act, but it’s nice to hear old favorites given a new creative spark, and one wonders if this might have been the direction Evanescence intended all along, if not for the interference of their label during the heyday of nu-metal. A few of these songs, such as “My Immortal”, “Lacrymosa”, and “Secret Door”, were pretty heavily focused on piano and/or strings in their original versions, which can sometimes mean that there’s not as much to reimagine in these versions. What I really hope for is that this record, which drops the rock side of their sound almost completely, leads to a truer synthesis of the classical and heavy rock sides of Evanescence if/when they actually manage to record again as a full band.

Barenaked Ladies – Fake Nudes
I really wasn’t looking forward to this one. The Barenaked Ladies will probably never get out from under the shadow of departed co-founder Steven Page, and for a while there I was surprised that they kept trying, since the material on Grinning Streak and Silverball was largely inferior, even when compared to Ed Robertson’s material from their older records. I’m not gonna say that this record will bring back old fans in droves, but you know what? Against all odds, it makes me HAPPY. I seriously mean that. Even though the opening ballad “Canada Dry” is a bit of a sad folk song, and several of the other highlights are the more downbeat tunes, I feel like Robertson and co. had stronger inspiration for a lot of these songs. With that said, a number of them are still quite silly and goofy, and they band’s back to a point where it seems they’re not at all concerned with being taken seriously as mainstream rock stars. They’re perhaps prouder to immediately identify themselves as uniquely Canadian here than they’ve been since the early days, rather than trying to blend into to the American hit radio scene, which has had no use for them in a very long time anyway. This disc brings together a lot of their musical influences in unexpected ways, pushing them a little further from the middle of the road that they stubbornly clung to on their last few albums. Kevin Hearn is genuinely coming into his own as a sidekick to Ed – he gets a co-write and/or lead vocal on nearly half of the album, and with a Jim Creeggan track thrown in as well, the band is starting to feel more democratic again, instead of just feeling like the Ed Robertson show. Robertson is better off creatively when he doesn’t have to carry the weight of a record mostly by himself.

Björk – Utopia
I honestly don’t know what to do with this one. At over 70 minutes, it’s Björk’s longest album, which is saying something when Vulnicura was already a bit of a gauntlet to get through. While Utopia is a much happier record overall due to Björk apparently being back on the dating scene and experiencing the thrill of new love again, that doesn’t necessarily translate to more up-tempo music. Thumping beats and electronic experimentation still play a role here, but it’s far diminished compared to Björk’s 90s work or even the softer incarnation of it on Vespertine. Vulnicura was a dark record, but it at least had a variety of musical moods, and it felt like it had enough tracks with more anchored melodies and structures to balance out the more spacey, experimental stuff. Here, the first two tracks remind me strongly of Vespertine, and I pretty much instantly fell in love with them, while most of the rest of the album is a long, slow crawl full of trilling flutes and birdsongs and pregnant pauses in the middle of long, spacious songs. Björk’s melodies often reach out like tendrils, seeking hooks that they haven’t yet found, and while I could tolerate that sort of defiance of rhythm and traditional song structure here and there on her past albums, it gets really annoying when she does it track after track here. Despite this being one of Björk’s more easygoing records mood-wise (outside of the few tracks where she rails against her ex-lover and the patriarchy in general, at least), it may well be her most challenging work thus far.