Here are my first impressions of the latest releases from Phantogram, Lisa Hannigan, Tom Hummer, Tim Be Told, The Flaming Lips, Colony House, and the Hidden Figures soundtrack.

Phantogram – Three
You know I’m a sucker for female-fronted electronic acts, right? This duo sometimes reminds me of Metric, if they made more club-friendly bangers and more oddball experimental songs. The beat-heavy singles “You Don’t Get Me High Anymore” and “Same Old Blues” will likely grab most of the attention here, but the exploratory opening track “Funeral Pyre” might just barely edge them both out as my favorite, and I’m also drawn to some of the sample-heavy downtempo moments later in the album. The male vocals come as a bit of a surprise later in the album, bringing to mind Peter Gabriel of all people on the string-heavy “Barking Dog”, and then the next several tracks feature both vocalists, playing them off of each other in interesting ways. The album stays fresh throughout, and really the only thing I can find to complain about here is the total trashiness of the closing track “Calling All”, which is a bit too blunt for its own good. 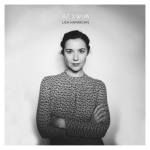 Lisa Hannigan – At Swim
This Irish singer-songwriter got her start working with Damien Rice before embarking on a solo career. I’d never heard of her until this record, which is a largely down-tempo and intimate acoustic affair, with a hint of a Celtic lilt on a few of the more uptempo tracks, but also a bit of earthiness and smokiness that emerges in her vocals from time-to-time, while at other times she’s as clear and pristine as the still surface of a lake. This combination makes a few of the ballads real hidden gems. I have to be in the right mood to listen to this one all the way through, but when the timing’s right, it’s a thing of sublime beauty. 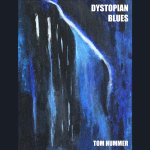 Tom Hummer – Dystopian Blues
The above two albums were year-end recommendations from the Velocities in Music podcast, which I’ve been following on YouTube for a few years now. Just a couple guys from Iowa who listen to a ton of music and whose personal tastes constantly surprise me. Tom Hummer is one of those two guys, and he’s a recording artist in his own right, now on his fourth album. While his past stuff was already pretty experimental, this album is particularly out there, taking his music in a post-rock direction with almost no lyrics, and only 5 tracks, most of them on the long-ish side. The sound of it ranges from semi-doomy drones to tranquil piano and acoustic guitar pieces, and sometimes one morphs uncomfortably into the other, all of it in deliberate defiance of conventional song structure. (There’s even a recording of Tom as a child talking to his dad that comes up in one track, which brings an odd feeling of innocence and nostalgia to the otherwise challenging musical landscape.) It’s interesting listening to something like this when you know so much about an artist’s personal likes and dislikes, and you can hear bits and pieces of his influences creeping into the music, while at the same time he tries to resist taking those influences in any predictable direction.

Tim Be Told – Friends and Foes
Tim Ouyang pretty much is Tim Be Told at this point. I’ve known of the band for a while – piano-heavy sound, smooth R&B-style crooner for a frontman, that sorta thing – but I’ve never listened to one of their albums until now. My church’s senior pastor has been a big fan for a while now, and recently interviewed Tim for the Asian America Podcast, which is what piqued my interest in this particular record. He’s sort of a double minority, since you don’t see a lot of Asian-Americans in this genre, and he’s also a Christian whose music doesn’t fit neatly into the CCM market. On this record, as he deals with the topic of relationships that went sour and his attempts to reconcile some of them, a little bit of brave commentary on the topic of sexuality and gender identity emerges in a few songs, and since these are questions a lot of Christian artists are afraid to ask in their songwriting, I find myself wanting to support him just on principle. Plus the guy’s a really solid vocalist. Having said that, the instrumentation seems a bit sterile and polite given the conflict apparent in some of these songs. That happens a lot with singers in this genre working on an indie budget, unfortunately – but I hope one day Tim hooks up with a producer who can emphasize the balance between pretty and painful that is apparent in a lot of his lyrics.

The Flaming Lips – Oczy Mlody
No, that’s not a typo. It’s not Cozy Moldy. Those are Polish words. The Flaming Lips are sort of back to doing dream pop like they were when I first got turned on to them in the early 2000s, but there’s something a bit more aloof and experimental about this album that sets it apart from a classic record like The Soft Bulletin. There are a lot more electronic drums and synths, for example, and the track lengths are more drawn out, not quite to the alienating level that they were on The Terror, but I guess it’s somewhere in between that, their more accessible stuff, and Embryonic. That is to say, it’s a mixed bag with a lot of oddball lyrics on apparently whatever subject matter came to mind. (And Reggie Watts speaking sexily about unicorns… because why the hell not?) I have a bit of a love/hate relationship with the band due to the sense of whiplash I can get as they switch from dreamy to trashy to downright horrifying without warning, and hanging out with Miley Cyrus for a few years seems to have ramped up that tendency (she even makes an appearance on the closing track, “We a Famly”, which surprisingly isn’t as obnoxious as I was expecting). I could probably dig a few melodic gems out of this weird wasteland of words and sounds and call them favorites, but it’s likely not an album I’ll go back to nearly as often as Yoshimi or Mystics.

Colony House – Only the Lonely
The adult sons of Steven Curtis Chapman front this four-man band whose main goal seems to be rocking out and having a blast without as much of a deliberate agenda as you might expect, given their lineage. Sure, I can hear echoes of the overly peppy, youth-group friendly anthems SCC used to hook me with at the beginning of nearly all of his albums, but Colony House doesn’t just play rock music to try on a different hat every now and then. They’ve got some pretty good chops, and they aren’t afraid to flex their muscles on occasion by changing up the tempo mid-song and going into a heavy, garage-bluesy sort of breakdown that sounds kinda like what Band of Skulls might do in similar circumstances. A few of their songs are still kinda goofy, but I’m impressed at how consistently they manage to keep the energy level up and the songs genuinely engaging, to the point where my favorite tracks actually show up near the end, which is where you’d expect the filler to go on most albums in this genre. It’s the most addictive thing I’ve heard in 2017 thus far. 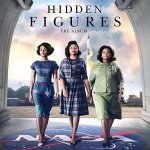 Various Artists – Hidden Figures: The Album
I don’t normally get into movie soundtracks. But I saw Hidden Figures a few weeks ago and loved it, and I was impressed at how well Pharrell Williams’ original compositions fit into the backdrop of segregated 1960s Virginia. Listening to the songs on their own reveals that the lyrics wander a great deal from the actual plot of the movie, but the songs that were paired with the most iconic scenes in the movie still prove to be memorable when listened to on their own. It has a bit of a “mixtape” feel to it, since Pharrell sings lead on four songs and hands the other six off to prominent female African-American entertainers such as Alicia Keys and Mary J. Blige. (And of course Janelle Monaé. She was actually in the film, so she gets two songs.) My only real complaint here is that some of the odd melodic choices in a few songs can fall a bit flat, and I don’t know that I needed to hear pretty much every style of music from classic soul to Gospel updated with 808 drums all over the place. Besides that, it’s one hell of an uplifting listen.