Here are my first impressions of the latest releases from Flint Eastwood, Jim James,and Skillet. 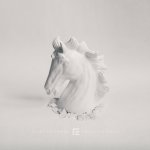 Flint Eastwood – Small Victories EP
This is a really fun set of electropop songs that came out last year. I hadn’t heard of Flint Eastwood until she cropped up on MuteMath’s “Vitals” remix from the Changes album a few months back. The style of that song fits pretty well with the stuff she does with her own band (or as a one-woman band; I’m still not quite clear on this point) here. The hooks and melodies are downright infectious here – you can easily dance to pretty much anything here, but it’s all very thoughtfully written as well. The percussion on “Find What You’re Looking For” is downright hypnotic, and the five songs following it continue to grab my attention. Can’t wait for a full-length album from her!

Jim James – Eternally Even
This isn’t the first time the frontman of My Morning Jacket has put out a solo project, but it’s the first time I’ve checked one out. He seems to follow the Thom Yorke method of scrapping together barely enough songs to call it an album, extending them in a trancelike sort of way beyond what the content really supports, and being a bit too sleepy with it overall to really make much of an impression. There are some mellow grooves here that I could probably learn to love over time (“Same Old Lie” in particular might help me work through a little of my post-election angst), but honestly, nothing much is jumping out at me here on the first few listens. 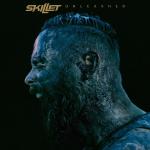 Skillet – Unleashed
I’m gonna be honest; I expected this to be horrible and I listened to it just for the LOLs. And there are are definitely some cringe-inducing lyrics and cheesy middle-of-the-road ballads that warrant that exact response. However, it actually isn’t as terrible as Awake or Rise. Some of the riffs and rhythms, and especially the fun little guitar breakdown at the end of the album, at least momentarily reminded me that I can’t always expect Skillet to scrape the bottom of the barrel. They’re still unsubtle as all get out. They still don’t write great songs. They sure as hell won’t bring me back into their fandom with this album – that ship sailed after Comatose. But they occasionally rise to the level of making something tolerable. That’s progress, I suppose.